Bring The Magic of Evaporating Snow to Your Company Party

This year is the year of imagination.  Over the years evaporating snow has inspired event planners around the world to push the limits.  Now a new snow special effect is available for private parties, small venues and even large venues such as Disney.  Atlanta Special FX has perfected a innovative proprietary snow fluid that is safe for all kinds of fake snow making machines.  This amazing artificial snow technology opens the doors to many new venues who were forced to overlook evaporative snow offered by other companies.  The new QES 100 snow fluid provides a much faster evaporating time allowing it to be used on non porous surfaces and colder climates that cause slower evaporation.  QES100 snow fluid has been featured on reality TV shows such as Party Mamas, ABC's Extreme Makeover Christmas Edition, WeTV's My Fair Wedding and more corporate parties than we have time to mention.  So don't pass up the wonder of artificial snow at your next venue and call Atlanta Special Effects to discuss your options.  Oh and we almost forgot to mention the snow fluid can be scented and even glow in the dark.  Thanks for dropping by and please feel free to check out http://www.atlantaspecialfx.com/Snow_Foam_Fluids.html for pricing and availability.

Buy Snow Fluid or Snow Juice As Some Say 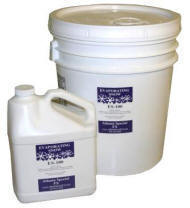 It is that time of year again.  People all throughout the states are starting to think about snow.  If you are a rental company or event planner, please let us show you why QES-100 or "quick evaporating snow" is the choice of many pros.  This new proprietary formula is specifically designed for rapid evaporation and does not leave a mess.  This new affordable fake snow formula has been under testing for months and tweaked to perfection.  The QES snow fluid is ideal for any size venue and can be mixed to evaporate from a 10 foot fall.  Give it a try for your next party and see why Atlanta Special FX is quickly becoming a leader in artificial snow technology. 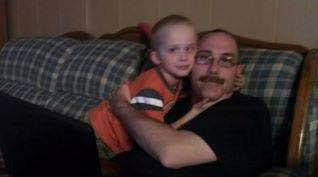 Atlanta Special FX is proud to announce the winner of the FREE snow party contest. Shawn Sheppard and family of Marion Arkansas were the recipients of the first ever FREE snow party contest. We are glad to help Shawn guarantee his children 100% chance of snow this Christmas. Shawn was one of over 100 families that entered by sending a quick email to Atlnata Special FX and clicking the "LIKE" button on the www.facebook.com/pages/Atlanta-Special-FX/308681655546 facebook fan page. Please follow Atlanta Special FX for other great snow rental giveaways and discounts. Thank you to all the fans of our growing special effects company.