If you are thinking about purchasing a foam machine this year for your nightclub or summer camp, check out the new “Foam Monster”. This machine is constructed from the finest materials available and works great every time. This fountain style foam machine has a sleek gray gloss powder coated finish and can be mounted on a tripod (cradle included) or hung from a truss our ceiling mount. The new lightweight design allows for many versatile installations. The Foam Monster design also incorporates safety, ease of use, and professional looking presentation. The super high rpm fan with sealed motor will give the user years of high quality foam parties. Dollar for dollar there isn’t another foam machine in the US market that can compare to the $1,250 purchase price. This machine has also been tested time and time again to perform with the proven Double Stack foam concentrate also offered by ATL Special FX. So when the time is right let ATL provide you the highest quality foam machine for the best price available. For more information on the Foam Monster contact Atlanta Special FX at 404-644-2801 or visit the website at http://www.atlantaspecialfx.com/Foam-Machine-Rental.htm
Any Use of the Mark “Foam Monster” TM is strictly prohibited
Posted by Special Effects Pros at 9:55 AM 1 comment:

Wow it is hard to believe that Foam Season is already here again. Time for the thrifty party planners to start reserving foam machines and taking advantage of the Early Bird Savings. Foam parties are all the rage in 2012 and the popularity among social teens and young adults is rising at a record pace. ATL Special FX is one company that stands behind their reputation for providing the highest quality foam machines and foam fluid for the most affordable prices. Over the last few years Atlanta Special FX has made foam parties available to almost every budget out there. And if you haven't had a chance to sample the ultra dry and high stacking Double Stack foam concentrate, give the staff a call and request some. You can reach them almost anytime at 404-644-2801 or visit them on the web at. Check out this awesome video recently uploaded by the Special FX team.


Rent A Foam Machine 404-644-2801 or visit http://www.atlantaspecialfx.com/Foam-Machine-Rental.htm﻿
Posted by Special Effects Pros at 12:26 PM No comments: 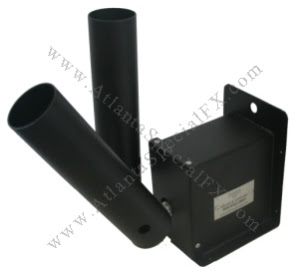 Atlanta Special FX has released one of the most dependable and affordable CO2 Cryo Jets in the industry. The rugged double nozzle design allows customers to save on hoses and eliminate clutter on stage or in the trusses. The dual nozzle design does twice the work with one jet without losing pressure. Over the years Atlanta Special FX has worked diligently to perfect the American Made cryo jet and has quickly risen to the top of the special effects world. The sleek and compact design has made this jet the choice of many industry professionals and production companies with more and more converting every day. This product is backed by an unparalleled customer service team that is available anytime to educate you or your clients on how to utilize this eye catching visual effect. For more information on how to order visit http://www.atlantaspecialfx.com/Fog-Smoke%20Machines.htm or you can call direct at 404-644-2801.

Posted by Special Effects Pros at 7:07 PM No comments:

Cloudvertising at the Super Bowl 2013

If you watched last nights game you noticed the New York Giants were once again victorious against the New England Patriots. You also were privileged to witness a lot of great production work as Kelly Clarkson nailed the National Anthem and Madonna excited the half time crowd.  What you don't see is all the hard work of the production teams and road crews that put those shows together.  It takes months of planning and hard work to ensure the crowd feels the way they felt last night.  The production team and designers were able to pull off one of the most entertaining events in years.  The one thing they did not have, which we want them to have, was Cloudvertising.  The exciting aerial entertainment would have been the one thing that not many people in the states have seen yet.  This unique form of aerial visuals has been used by college sporting events over the past several years, but hasn't gotten a foothold in the NFL world yet.  The Mercedes Super Dome in New Orleans will be the first Super Bowl to witness this amazing effect.  So everyone get your tickets or tune in your DVR for next year and watch for Mercedes, NFL, and Lombardi shaped clouds hovering in and around the dome.  Check out this great video of Cloudvertising at the Chick Fil A Bowl in 2012.

For more information on Cloudvertising contact Atlanta Special FX at 404-644-2801 or visit the website at http://www.AtlantaSpecialFX.com
Posted by Special Effects Pros at 5:43 AM No comments: